While discussing the unfortunate state of many developing countries, specifically in Sub-Saharan Africa,  I compared them to hot-lead age of gangland America (early 1900’s entertainingly depicted in movies such as Miller’s crossing). The comparison fits with the lines between thuggery, politicking, enterprising, preaching and many other social pillars in most of the developing world being relatively intangible when found. It was quite a depressing thought, as per the comparison, I assumed that it would take the 50+ years to change for the better.

I soon came to a realization that can gladly drastically cut down the time, communication.

The comparison to gangland is only partially fitting. It may be more accurate to describe it as a mix of post colonial, old-west and gangland America. This presents the developing world with assorted historical hurdles as well as unprecedented potential sources of aide.

Post colonial would fit due to the relative youth of most developing countries. The older countries just approaching 50 years of governing themselves without direct colonial participation and the youngest one, South Sudan, less than a week into it after decades of civil strife. 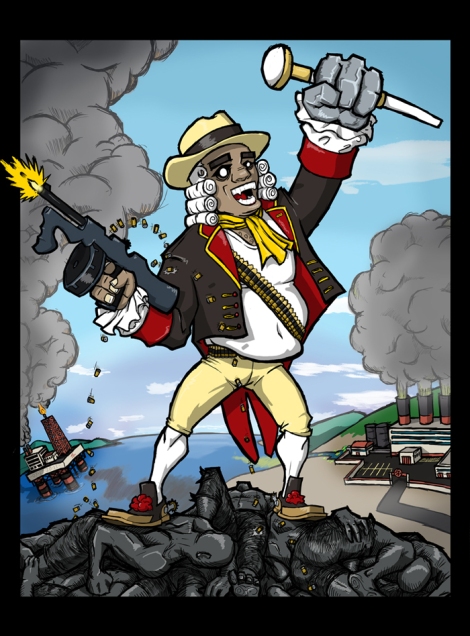 Old west would fit due to the day to day lives of people not depending on much reliance on public services, such as buses, hospitals banks, schools and other staples of most developed nations.

Gangland may fit due to the sense of insecurity rather than the actual weapons.

The ability to communicate today is exponentially greater than it was a mere 10 years ago, what needs to improve is the access. Take Kenya for example, arguably the most stable country in East Africa and one of the better regarded ones in Sub-Saharan Africa, which has a dismal electrical penetration of under 20% compared to South Africa which >70% and first world countries >90% range. Electricity can improve quality of life will be increased in numerous ways for example giving children adequate light at night to study. These children, their families and communities my begin to access information sources such as the internet, television and radio regular-am-fm-non-sirius broadcast radio still being the major source of information in developing countries and with that social change can easily follow.

I am not advocating for a Jasmine-Revolution change, but simply presenting a broader, less biased source of news and information is valuable. Something outside of the rumors they are accustomed to can for example change the belief that their MP was unjustly targeted by the unscrupulous city council because ‘he represents the poor,’ to an informed opinion of a man living in a life quite elevated from their own, committing a crime with impunity that would never be extended to them.

Access to information can result in pursuit of issues and not empty promises and gifts of food and drink. It can begin to curtail blatantly out of control levels of impunity.

Imagine you are in a room and you point out that something is wrong outside only to have everyone tell you not to worry, nothing can be done, its just the way things are. After a while you begin to ignore it, and accept what they say. Now let’s say someone contacts your room outside and tells you the same thing is wrong. Together you may find the courage to convince the others of this problem, or in the least create a debate on what can be done to change it.

Another form of inspiration can come from outside influences.

A lot can, has and will most assuredly in future rants be said of the negative, at times unabashedly self-centered, effect of foreign interests in the past, present and likely future; but simply knowing more about life in those countries can better equip the locals. Showing a villager in a rural area their local town on Google maps could could easily make them a more responsible member of their community, town, nation, continent and world (matter of perspective here, see that you’re a part of something bigger). Policy makers can avoid mistakes made in the development of other countries and better decipher which intentions are intended to benefit the aiding countries far more than those being aided.

The pen is mightier than the sword. Information has long been a proven catalyst for change. Once it could be written down, preserved and shared a multitude of more things could be done. We should take heed to who is behind the information, not only from those currently in power but ever increasingly from our fellow peers. Media can be used to both bestow knowledge and perpetuate ignorance. But through responsible, educated and unbiased creation and consumption of information and with the current social movement I can propose that the the key to change is the key.

Our ability to share information will bring exponential change.

6 responses to “A Twittle Change to the Face of Change.”