It is the end of an eventful 2016. Today I took a walk down to Yonah Schimmel Knish Bakery. I wanted to finally try a Knish and an Orange soda inspired by the following snippet from an oft told story by Dr. Thomas Sowell.

Once, I had to pawn my only suit to get money to eat. My first meal with the money — a knish and an orange soda — was like a banquet. Since then, I have eaten at the Waldorf and in the White House, but no meal anywhere has ever topped that one.

I had heard this quote some years back. Had been considering trying a Knish for some months. Finally asked a new friend for where I could find one a week or so ago. Had been planning on going for some days and a few hours ago I decided it should be done this year.*

Dr. Sowell recently announced his retirment 25 years of  writing a regular column. His books, interviews, writing and life have been inspirational to me and many others. Some friends commiserated that this would be a great loss to the propagation of information and the lovers of knowledge. 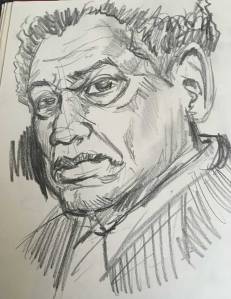 All he has done is still with us. He is, like many of us, a seeker of knowledge. As we found found him during our search he had his own journey and heard of locations where the best ideas competed. He went to them and there watched, studied and learned how they competed. With some burgeoning confidence and humble reverence of the practice he began to compete in what he had practiced under the tutelage of those that wielded them. He was mentored by seasoned competitors and eventually joined their ranks. He picked up the baton from previous thinkers and ran his course for us to see, learn from and be inspired. He now takes his well deserved rest but the field of battle remains. It remains and as has grown all the more accessible and important than it ever has been.

It is our turn to take up that challenge.

When the prepubescent Thomas Sowell was introduced to his first library by ‘an educated’ Eddie Map, his mind was exposed to the words containing the thoughts of thousands of minds. He eventually wrote books as grand and worthy of being in the shelves next to any that were there on that fateful day. Over his career he updated and reviewed his older books as the time presented itself. I once thought why does he repeat the same material? Well, it still needed to be said. People still hadn’t heard it. Even I was still there listening to it. It still needs to be heard.

This coming year I will continue doing more of what so many inspirational and admirable people have and are doing. It is not a library of a thousand books we have access to but a compendium of pretty much every idea a human has come up with. I’ll add what I can to it and try and pass on what I have learned and experienced. If I can understand, translate and pass on a fraction of the information I have and stand to learn from my pursuit of knowledge and truth then it will be more than worth the time.

Thank you Dr. Sowell for your life, mind and inspiration.

Murals on teh way 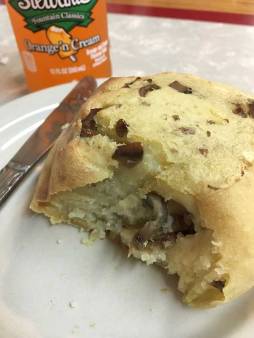 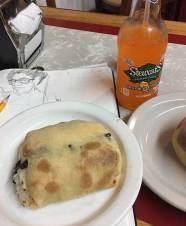 Had 2, sweet cheese and chocolate and a potato and mushroom one 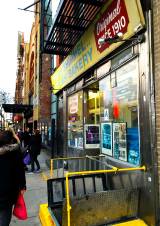 *Downloaded the Sowell interviews from the Uncommon Knowledge with Peter Robinson podcasts to listen to during this mission and this exchange had me literally laughing out loud.