I have taken more interest in politics of late. Many problems result from avoiding certain topics, politics in particular which are tied in to sexual behavior and religious concerns. I encourage more of you to discuss politics. Not only does it raise your awareness but can help form relationships build on solid foundations.

I encourage more of you to discuss politics. It be a way to raise your awareness and help form relationships built on solid foundations. When done in an honest and civil manner it is a way to relieve not increase stress.

To that end here is something a friend I made by being political on Facebook posted.

Some quick tips since everyone seems to be getting stressed about Facebook political discussions for making them less stressful:

The internet is a tool whose use can be good or bad. In conversations the loss of reading body language and being emboldened by anonymity and/or distance can be detrimental to discussion in ways that we are still adjusting to as human beings. However there are benefits such as the ability to research and provide sources, have a record of what has been said and the ability to come back longer running conversation.

In some situations I would think somebody understood me to find out it would just going along. In others someone I be talking to would express that they were consumed and emotionally distressed by the conversation while it was just one of the few things I was passively participating in.

Skype and other video conversations address many of this issues and still provide the positives of being online. I advise you begin doing this on certain topics with people who you consider worthy friends.

There is always the alternative… 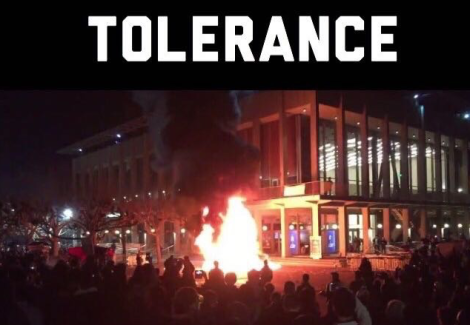 2 responses to “How to Discuss Politics Online”